Words and Photos by Peter C. 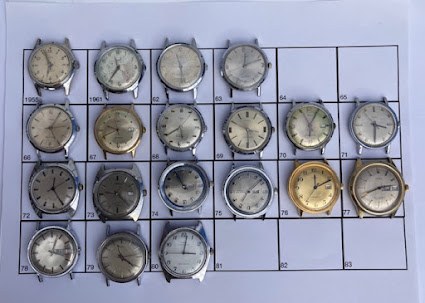 I am!  There, I’ve said it.  I’ve been influenced by both Youtube and Instagram.  And I’m in my 60’s.  Here is my tale of woe.  (Not really, I haven’t had to sell the house or lose my wife of 36 years.  So if you think you need help, get off social media and see a professional.  I’m not kidding.  This is just a light hearted article to share my experiences with today’s social media and a market it impacts.)

My hobby is buying and selling watches.  I always enjoyed them.  I’ve worn them most of my adult life.  I retired a few years ago and inexplicably started watching YouTube channels about watches.  At that point, it was The Urban Gentry and Tim Mosso at Watchbox.  One of my first Urban Gentry videos was about a 1960’s Timex Marlin.  I was hooked.  I used to own that watch.  In fact, a lot of people I knew used to own that watch.  I searched Ebay and found one, then two, then…….!  I began to buy watches, clean them, maybe replace a crystal or strap and sell them for a little profit.  I then found most of the watches on eBay are priced at market with little opportunity for profit.  I then put an ad in the local paper. I had a fair amount of success at buying peoples junk drawer watches and selling them at a decent profit.  I only share this to explain I promised myself that the hobby would pay for itself.  And I’ve been fairly lucky.  It has, mostly.  So no divorce!

I bought my 1960’s Timex due to TGV.  I then started looking for the next fix.  I bought a Seiko Cocktail time SRPB43 because I saw it on the Time Teller channel.  I bought an Orient Bambino also because of the Time Teller.  Not to say I didn’t research them.  But all the research was on other YouTube channels.  I was in neck deep.  I bought a Seiko SNKL43 and 41.  I bought a Seiko Sarb 033 due to every Youtuber I watched!  I even bought a micro brand - a Borealis Cascais v2 because of Jody at One More Watch.  Of course, this doesn’t include the numerous watch straps I purchased from YouTube sellers.  I even bought a watch strap from Teddy Baldassarre.  I was trying to support him when he was just starting his YT channel.

I found everything I bought had a connection to Youtube.  The one common denominator is all of these watches, except the Sarb 033, are gone.  I’ve sold them all.  Not that they were bad watches, I just continued up the food chain.  But the YouTube thing didn’t stopped.  The biggest purchase for me is an El Primero.  I had some nice sales and had a little “watch” money burning a hole in my pocket.  And guess what?  I was watching Random Rob’s Youtube channel and saw an El Primero at a very nice price.  It was only a couple of years old and in great shape.  Rob wouldn’t lie to me, would he?  Don’t worry, he didn’t!  It’s a great watch.  But why did I buy it?  Because I heard, on YouTube, it’s a great watch.  I will probably sell this one as well.  I just haven’t connected with it.

So where does all this get me.  Well, I’m pretty lucky.  I’ve enjoyed the watches I’ve owned regardless if it was for years, months or even a couple of days in one case.  I’ve had fun buying and selling watches.   Not always but most of the time.   And most importantly, since the watch community is so small, you can develop relationships with many of the YouTubers themselves as well as with other members of the community.  When you enter a chat it’s like any episode of Cheers.  Much of the first few minutes is saying hello to your friends.  And since the last year was so confining for many, it has been a great way to connect.

When I first started writing this, I thought I would be complaining about this damn new technology.  We should shut it down!  (Think old guy telling you to get off his lawn!)  Anyway, while I don’t watch many of the channels I started with, I found quite a number of new ones I truly enjoy.  Ok, a lot of channels, I’m subscribed to almost a 100.  WatchChris is one favorrr….Wait!, I’ve bought at least two watches because of him!  Seriously, this community is full of great people from all sorts of backgrounds that just enjoy watches.  Yes, we complain and debate the esoteric details of an outdated technology but it’s fun!

So yes, I have been influenced by YouTube.  But I’m an adult and take responsibility for my actions. Of course, I am still looking for the next fix.  I’m sure I’ll find it due to those damn YouTubers!  Get off my lawn! :)

P.S.  I think I was remiss in not mentioning at least a few of my favorite channels.  In no particular order:

Watch Talk with the Punters

Apologizes to all the ones I missed! 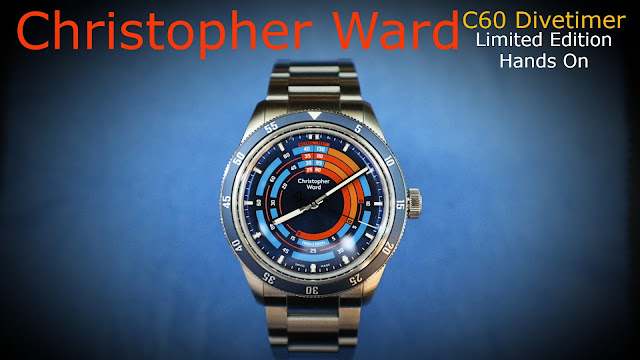